The Sisters of St. Joseph wanted nothing more than to provide the elderly with a place to live, a home for the aged. On March 19, 1883, the Sisters purchased 5 acres of swampland at East 26th and Ash Streets in Erie, PA for $5,000.

Saint Mary’s Home of Erie, a sponsored ministry of the Sisters of St. Joseph of Northwestern Pennsylvania, opened its doors on September 21, 1884. Known then as Saint Mary's Home for the Aged, the original home was a two-story brick building that became the home of fifteen aged people who were previously residing at St. Vincent’s Hospital. Saint Mary’s Home was one of the first homes in the country dedicated to caring for the aged.

Saint Mary’s continued to grow, eventually accommodating over 50 residents. The Sisters put in place a system to help offset the cost to live at Saint Mary’s Home for those who needed assistance. These residents were able to help with many of the responsibilities that needed fulfilled on a daily basis. They helped set tables, wash dishes, launder linens and maintain the grounds.

By the 1920’s and into the early 1940’s, the Sisters of St. Joseph continued to expand Saint Mary’s Home due to needing more bedrooms and the existence of a long wait list. Archbishop Gannon funded the expansion with a gift of $25,000 and a women’s auxiliary of over 1,000 volunteers helped furnish the new building.

By the 1950’s, advances in medicine enabled people to live longer thus ensuring the need of another new addition to Saint Mary’s Home. On August 3, 1955, the Sisters of St. Joseph broke ground for the 110 bed Saint Mary’s Geriatric Hospital which included 45 private rooms. 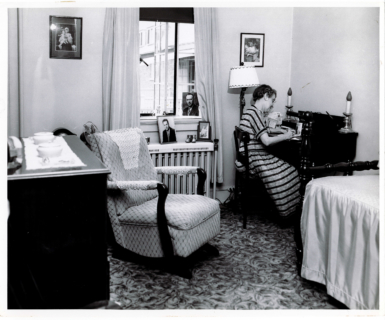 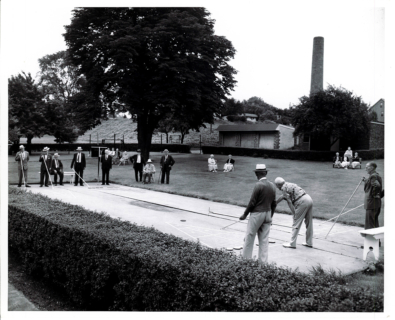 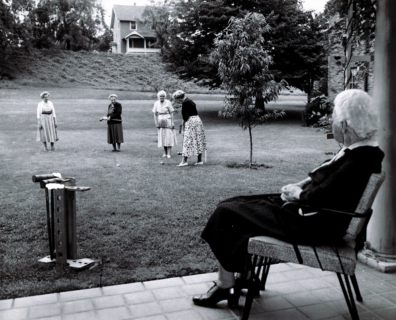 The Friends of Saint Mary’s, our volunteers, was founded in 1981 to assist with recreational activities. In 1983 Saint Mary’s started publishing a bi-monthly newsletter called “The Mirror.” It was, and remains, a means for communicating the life within the walls of Saint Mary’s Home of Erie.

In 1987, Saint Mary’s offered a new service to the Erie community called Saint Mary’s Adult Day Care Center. The program was a collaboration between Saint Mary’s Home and SeniorSource at Saint Vincent Health Center as an active way to preserve the independence of seniors and eliminate pre-mature institutionalization.

In 1991, the Gallagher Center opened at Saint Mary’s Home. It was the first free-standing facility in Northwestern Pennsylvania for those persons with a diagnosis of Alzheimer’s disease or related disorders. 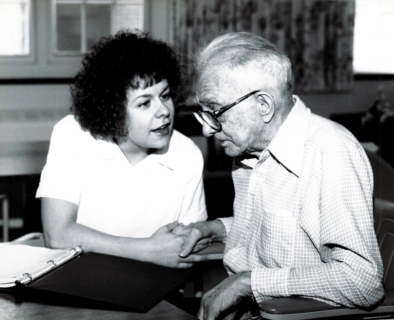 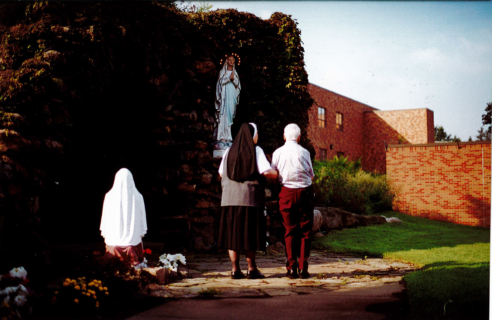 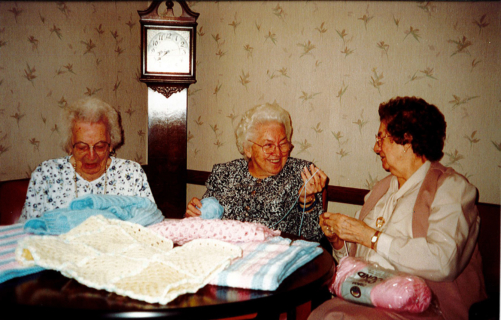 Now Saint Mary’s Home of Erie would have two locations serving the Erie community; Saint Mary’s East (which was also home to the corporate offices) and Saint Mary’s at Asbury Ridge.

In June of 2005, Saint Mary’s Home of Erie was accredited as a Continuing Care Retirement Facility. In 2006, Saint Mary’s Leadership extended the continuum of care offered at Saint Mary’s Home to active seniors by offering 26 independent living homes called The Carriage Homes at Asbury Ridge. In 2008, Saint Mary’s began a large-scale Replacement and Renovation Project at Saint Mary’s East that would add to the current nursing wings, but allow for 100 all private rooms.

In June of 2019, Allen L. Bonace, MSN/MBA, RN, NE-BC, NHA, former Vice President for Special Projects and Chief Operating Officer, was named successor to Sister Phyllis McCracken, SSJ, and currently serves as the President/CEO of Saint Mary's Home of Erie. He is the first lay-person to lead Saint Mary’s Home of Erie.

Today, Saint Mary’s continues to be a clinical and educational site for nursing students from surrounding universities and educational institutions. The Friends of Saint Mary’s, our volunteers, continue to donate their time to help residents enjoy active and productive lifestyles. Saint Mary’s employs nearly 200 individuals who proudly serve over 500 seniors and their families every year. 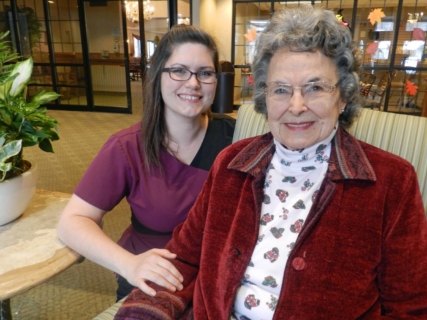 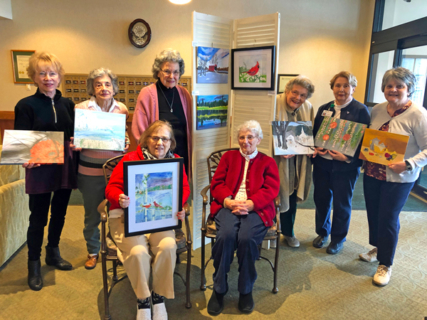 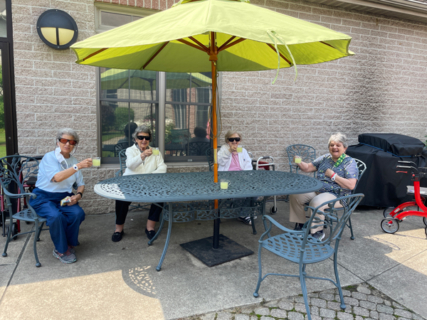 “Saint Mary's has been a big part of our family's story. Both of my grandmothers, two uncles, my father, and now my mother have benefitted from the physical, emotional, and spiritual care that only Saint Mary's can provide. Continued God's blessings as you help your residents and their families.”